When the Covid-19 pandemic ruled out the entire world, a refreshing breeze blew in the forest of Ranthambore. It seems good news; tiger families tend to increase slowly when Tigress T-69 gives birth to two babies in the Ranthambore forest. A dazzling smile on the faces of tiger lovers has been seen as a reason to celebrate amidst the Coronavirus outbreak. Ranthambore National Park is widely famous as the home of the last refugees of the Royal Bengal Tigers In India.

The news once again sparked a wave of joy when the forest department spotted the two young cubs, who are just three months old, wandering around with their mother in the Khandar Region. This may lead to the population of the majestic tiger in the Ranthambore forest. Reproduction has always been a potent weapon for the state governments and the forest department to increase the number of tigers in the park. According to the latest data of 2020, there are altogether 71 tigers in Ranthambore National Park.

The forest department has taken several measures to protect the cubs from other wild bears in the forest, including hyena, black jackal, panther, leopard, elephant, and other dangerous beasts. They have also assured the tourists that the mother’s health is perfectly well; there is no room to worry about the Tigress and its cubs.

The tigress T69 is the descendant of the third litter daughter of the tigress T-30, popularly known as aka Husn-Ara. Her mother, tigress T30 was aggressive and the dominant tigress of Gillai-Sagar regions of Ranthambore National Park. On January 21, 2016, she was found dead in the Ranthambore Tiger Reserve when she was only 12 years old.

Whereas T-69 has given birth for the third time in the tiger reserve, which is just ten years old now. Her shyful mood, and extraordinary attacking techniques, make her stand out from the other tigress in the jungle.

The forest department reported that the two little tigers seem to be more dashing and braver like her mother, T-69. They are only three months old and are constantly under the eye of the forest guards. The cameras trapped the movements of the cubs in the tiger variance area, where they were caught playing with their mother. They were feeding periodically and jumping all around the forest. If you want to see the extraordinary moments on your bare eyes, then opt for Ranthambore Safari Booking at once. A trip to the entire forest on an open gypsy cannot be explained in words you will carry in your whole life.

The safari offers various activities such as boating in the lake and watching animals from a boat. If you are lucky enough to spot a crocodile or two during your trip then do not forget to take your camera with you!

you should do Ranthambore online safari booking in advance to enjoy your trip and make it the best moment of your life. 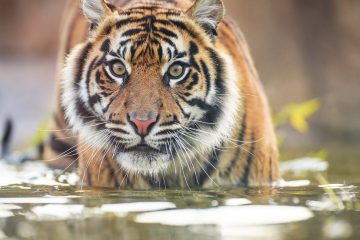 Reasons Why the Population of Tigers Is Decreasing

were slaughtered in India's Central Provinces over a six-month period in 1864. In 1877, 1579 tigers were slaughtered in British territories in India, excluding Indian states. The main, if not the only, cause of India's dwindling tiger population was a large-scale slaughter.