The blowing sands, trying to escape from the hands, witness the history of Rajasthan. It is a place of unending stretches for warm sand, accompanied by chilly nights. But this is not the end of the bird’s eye. Other than the dunes, the place is also famous for the elusive tigers residing in Rajasthan’s forest. If you need a break from the hustle and bustle of daily life, then plan a tour to Ranthambore. Cause you may find the ultimate bliss of life, and Ranthambore National Park will make you realize that. The Jeep Safari in Ranthambore is another main attraction for wildlife buffs. The place is apt especially for the Wildlife enthusiasts, excited to sight tigers roaming in front of them.

Surrounded by the acclaimed Imperial eras, the Ranthambore fort is standing royally amidst the forest. The tiger reserve got its name after the fort, Ranthambore. You will get a marvelous view of the entire forest and its beauty from the top of the fort. However, the fort is declared as the heritage site of India.

The whole story behind the tiger reserve revolves around the Royal Fort. The fort got its name from the two adjacent hills, Rann and Thanbore. It is situated in the Sawai Madhopur district of Rajasthan. In the vicinity of Vindhya and Aravalli ranges lies the famous fort. You can view the beautiful valleys, landscape, lakes and the forest. The Ranthambore National Park got its name after the fort, located in the woods. As the periphery is a protected zone, the Ranthambore Online Booking is entirely in the hands of Rajasthan’s forest department.

The history of the fort may take you to the 10th Century since it was built. Various mighty rulers tried to conquer the fort as it was strategically constructed and considered the ‘feather in the crown of rulers’. The fort was under the reign of Maharajas of Jaipur till it became a part of the Indian Dominion. The scenic beauty surrounding the fort is enchanting to the eyes of many visitors. You cannot afford to miss the place as it is one of the major attractions of Rajasthan.

Beholding a place in wildlife tourism in India, Ranthambore park is nestled in Aravali and Vindhya ranges’ foothills. Spending the holidays with exceptional wildlife is like a liaison with the might of Nature. It is enveloped around 392 square kilometers, in which 282 square kilometers is a core area and the rest is a buffer area. It was constituted in 1973, and the Ranthambore got its status as Ranthambore National Park in 1980.

A place on the earth where you can find an immense variety of stately Royal Bengal Tiger, a wide variety of flora and fauna dwelling in their natural habitats. Vivid travelers firstly have to ensure a Ranthambore Safari Booking to enter the national park. Moreover, the park is the amalgamation of the prehistoric era and the modern era. Numerous water channels, lakes are scattered in the park and act as a life source to the wide range of flora and fauna. It is home to the Royal Bengal Tigers, leopards, spotted deer, blacked monkeys, elephants, and omnipotent birdlife. The forest gives a spectacular taste of history along with a combination of elegance and beauty.

The wildlife photographers consider the forest as the dreamland, which they could visit throughout the year except July to September. Tracing the tigers and their stunning presence nearby can be observed by the safari tours in the forest. The safari’s excellent network can give you a chance to track the tigers of the wild beasts from the Jeep or canter. There are ten tourism zones in the forest used for Safaris, an excellent way to explore the forest.

Jeep Safari- It is the most feasible safari mode, and many tourists demand the jeep safari to discover the heavenly bliss of the park and spot the animal movements on an open gypsy. For that, you have to permit a Jeep Safari Booking to enter the park. Only six people are allowed to sit on a jeep, which gives a tour of three hours to admire the park’s landscape, and all visitors have to carry their identity proof along with them. It should be noted that due to the Covid-19 pandemic, only four people are allowed in the gypsy. A tourist guide is also provided to give the best illustration and guide you throughout the park. As specified by the visitors, Jeep will pick and drop you at your respective location. The national park consists of 10 zones, and tourists are evenly distributed throughout the park. 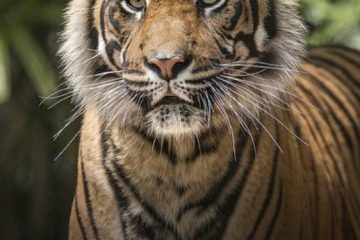 When the Covid-19 pandemic ruled out the entire world, a refreshing breeze blew in the forest of Ranthambore. 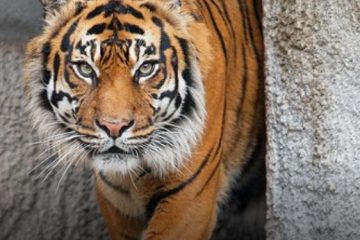 Everything a Tourist Needs to Know Before Visiting Rameshwar Ghat

Located on the confluence of the Chambal and Banas River, Rameshwar Ghat is one of the best places in Ranthambore 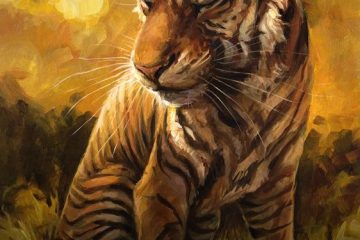 We are all fond of luxurious lifestyles; staying away from hardcore life gives relaxation to our mind and soul.